House and Neighborhood  About halfway between Santa Rosa and Glen Ellen, Sonoma Ridge Road is a gated community nestled among five tranquil state and regional parks and yet only a 12-miute drive to groceries ,restaurants, banks, and other amenities.  The house at 255 Sonoma Ridge Road is built on one of eight +/- 40 acre parcels carved from an old ranch in the 1990s. Behind the grape-cluster community gate there are seven homes; the other property is exclusively vineyards. The house was built in 1998. In 2012, the current owners enlarged the house, bringing it to a total of 3118 square feet. The additions were designed with clerestory windows and tray ceilings, to maximize light, allow for heat dispersal, and match the style of the existing house. In addition to the home itself, there are two storage sheds (one adjacent to the house, the other on the southern slope from the house’s front yard) and a barn.   The home boasts a hobby vineyard (planted with Merlot) and +/- two acres of lavender.

Stairs, Lavender and Barn  The walkways and exterior stairs were designed and built by the current owners. On the northern side of the house, a downward stairway was built in 2013, with a view to accessing an eventual lavender field. That lavender field was laid out, irrigated, and planted in 2014. The field is laid out in eight blocks, each planted with +/- 350 plants. The lavender is distilled and/or dried, the product then sold to offset fieldwork costs.    Built in 2016-17, the barn sits at the end of the lavender field’s central corridor. It has a ground floor of 1440 square feet, plus a loft. The front half of the barn is a working barn, with equipment storage; it is used to process the lavender harvest but for entertaining as well. The back half is overflow guest space encompassing a bedroom, a full bath, and an open area with a refrigerator, microwave, and space for edibles and wine.

Landscaping Most flowers and bushes around the home and along the lavender stairs are California natives. All are on drip irrigation; as mature plants, little water is needed. The plants were chosen to attract hummingbirds, provide bird shelter, and provide year-long color.   There are 10 fruit trees on the property: three Meyer lemons, two seedless Mexican limes, one dwarf navel orange, two Argonne figs, one pomegranate, and one cherry. There are also numerous fruit-bearing quince bushes along the driveway and in the side yard, and three caper bushes on the upper hill. (The owners use these in their cooking.) The olive trees along the driveway and front walkway are non-fruiting.

Deer-Fencing  To minimize visuals of the fence from the great room and back terrace, and to leave access to the swale (a water source and bed-down area) for deer that inhabit the region, only a portion of the property is deer-fenced. Where possible, the deer-fencing was placed on uphill slopes, to minimize the ability of deer to jump inside. The fencers also included four manual gates: two along the road, and two in the northwest corner.

Water  The community well is located at the entrance to the property; the storage tank is on the far side of the hill behind the house. The well, which serves half of the properties behind the community gate, is 839 feet deep and reportedly taps into an acquifer from the Sierra Nevada. At last test the flow rate was 350 gallons per minute. Sonoma Ridge Properties manages the well and bills users for water use.

This material is based upon information which we consider reliable, but because it has been supplied by third parties, we cannot represent that it is accurate or complete, and it should not be relied upon as such. This offering is subject to errors, omissions, changes including price or withdrawal without notice. EQUAL HOUSING OPPORTUNITY 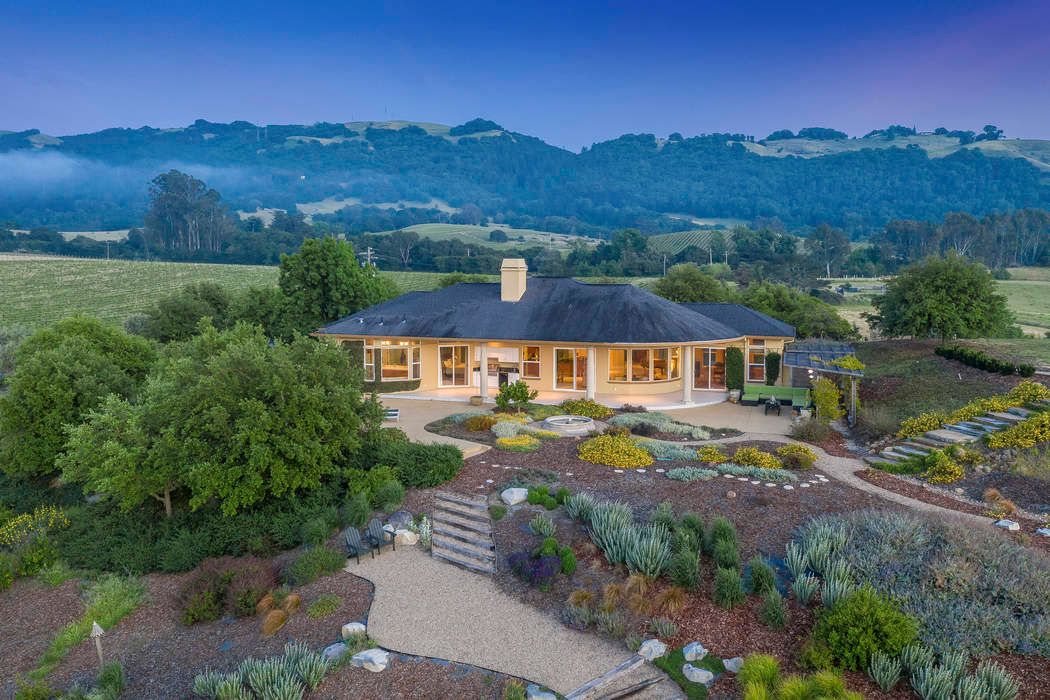 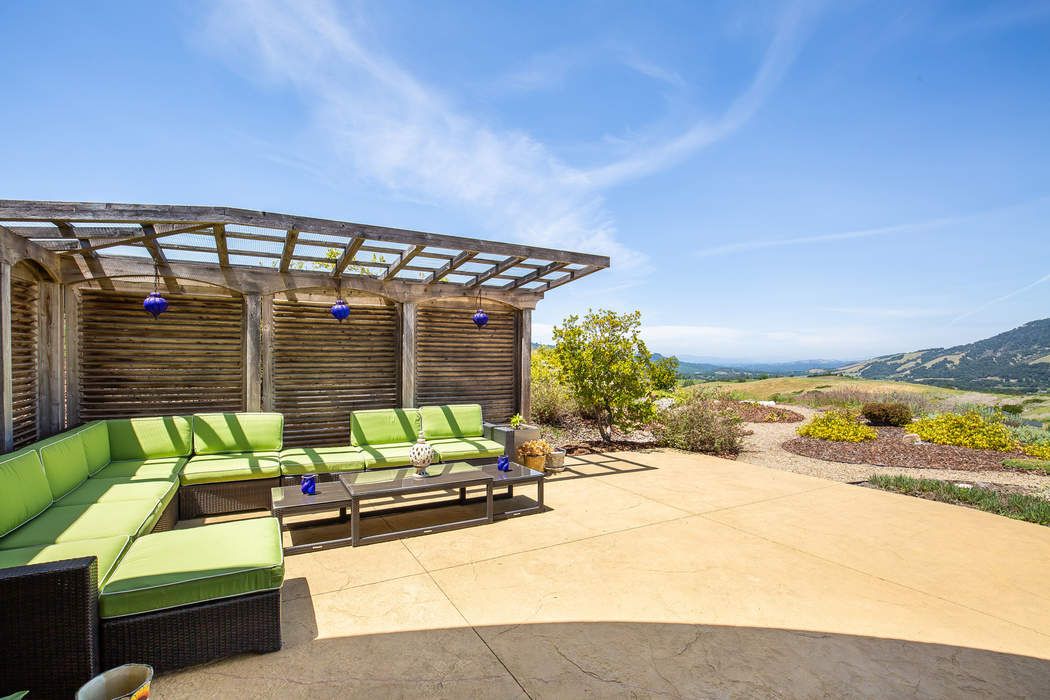 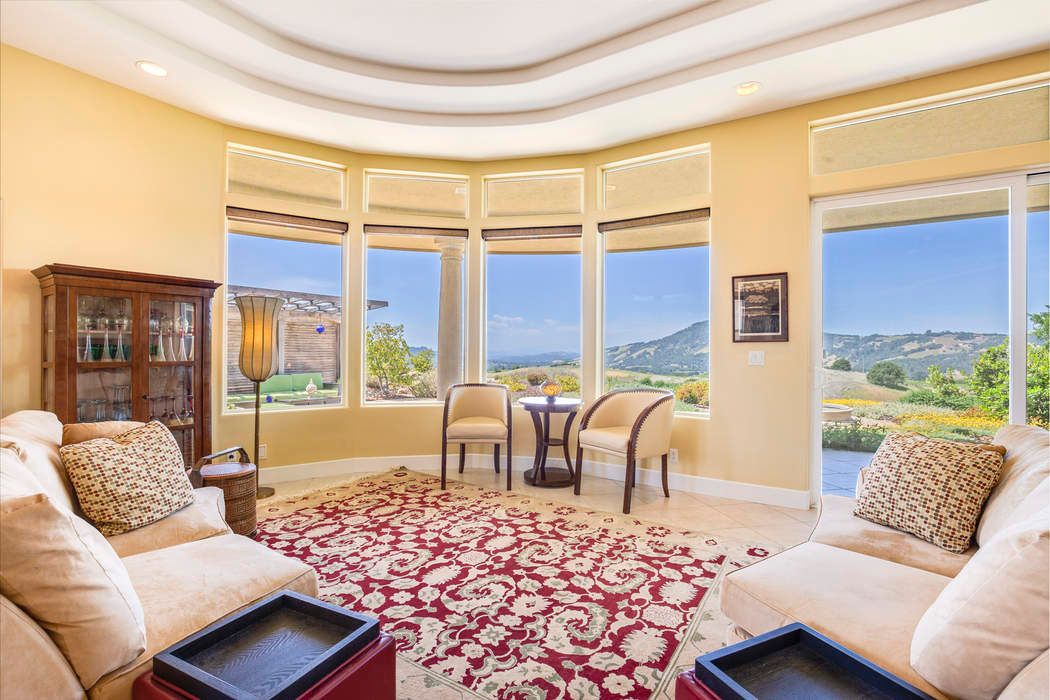 Gated contemporary 3 bedroom / 2.5 bathroom home with fabulous master suite, private guest area, and panoramic views from every window. Well-designed flow for living and entertaining. Enjoy the best of Sonoma's outside living with colonnade and terrace, two patios, outdoor kitchen, pergola, garden fountain, and hot tub, overlooking Provencal lavender field and barn. The barn has room for equipment storage, and overflow guest space including a bedroom, a full bath, and an open area with a refrigerator and space for wine and food. Peaceful 40+/- acre property with lush landscaping, +/- 1 acre grapes, and +/- 8 acres staked but unplanted. 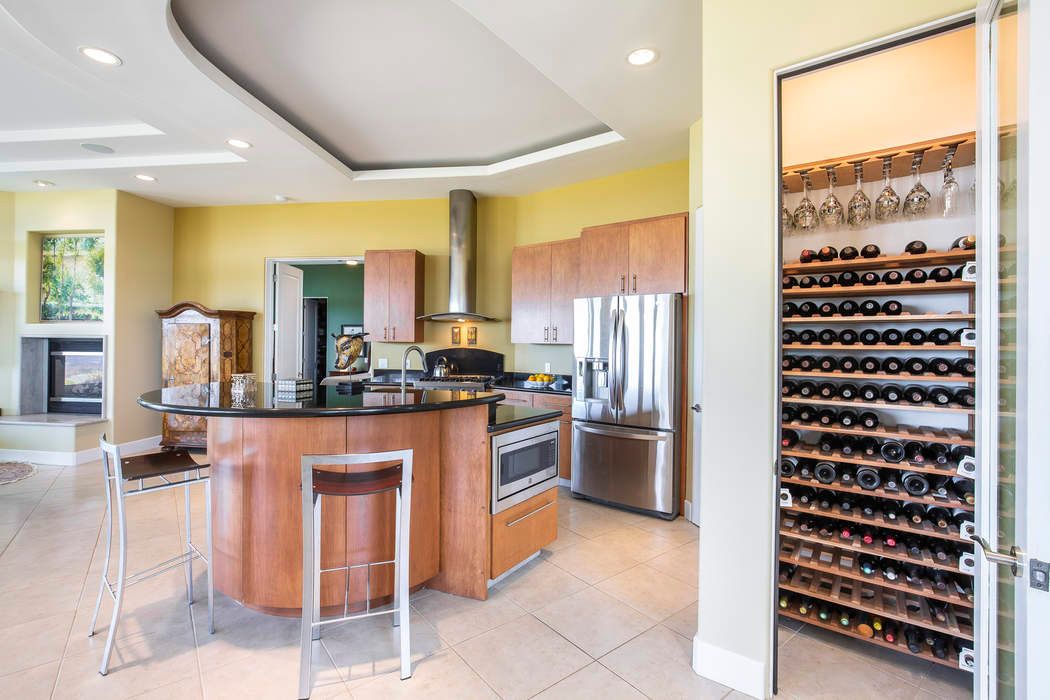 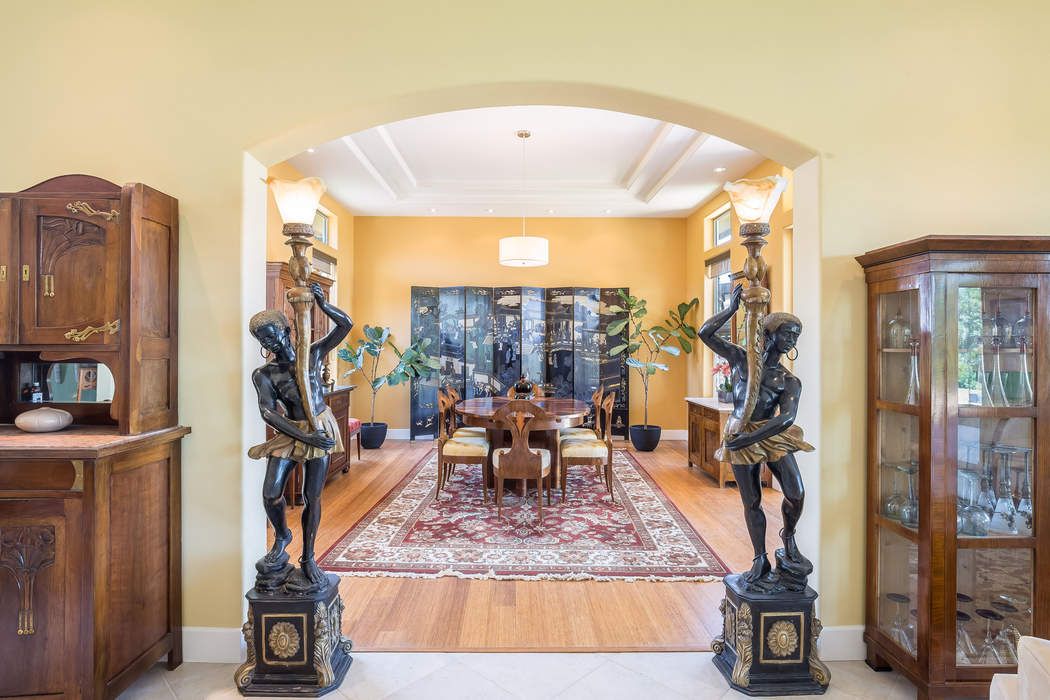 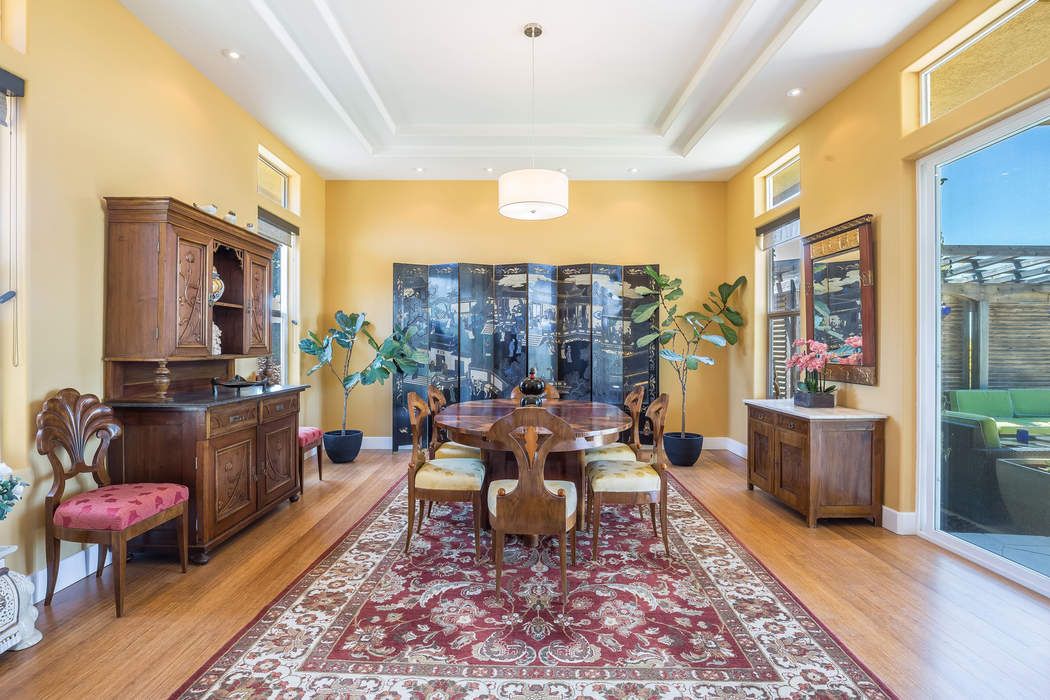 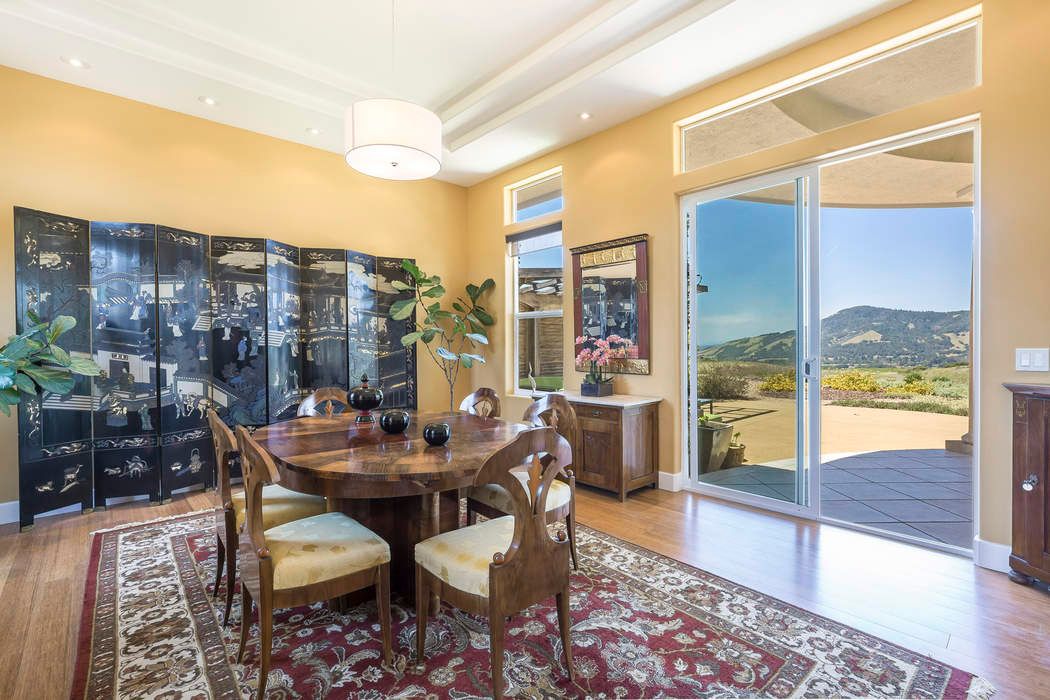 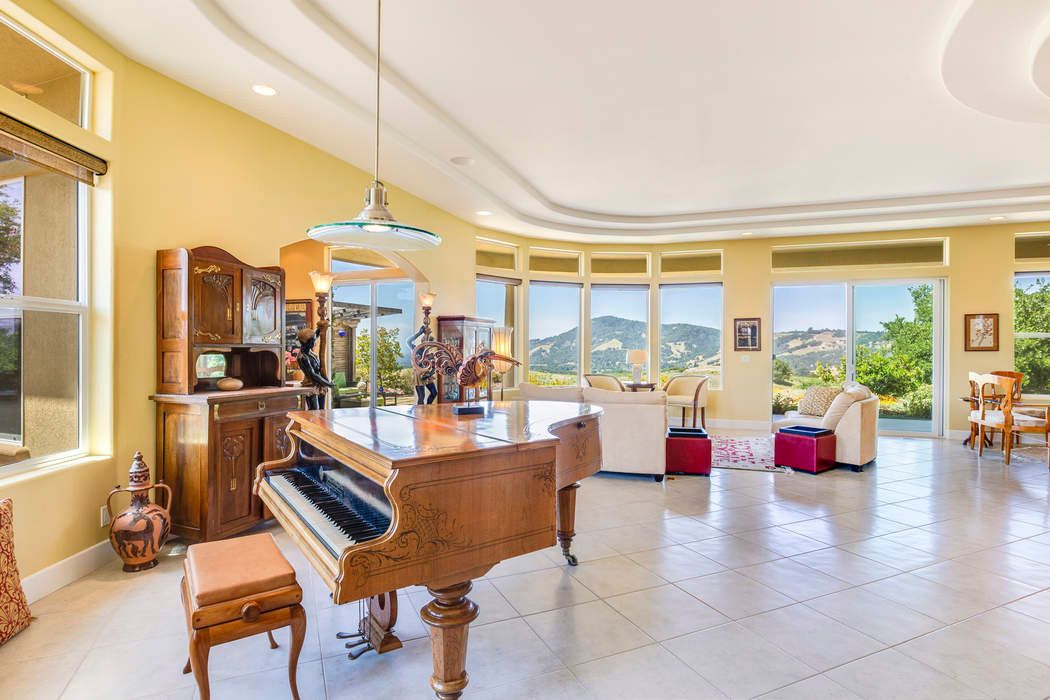 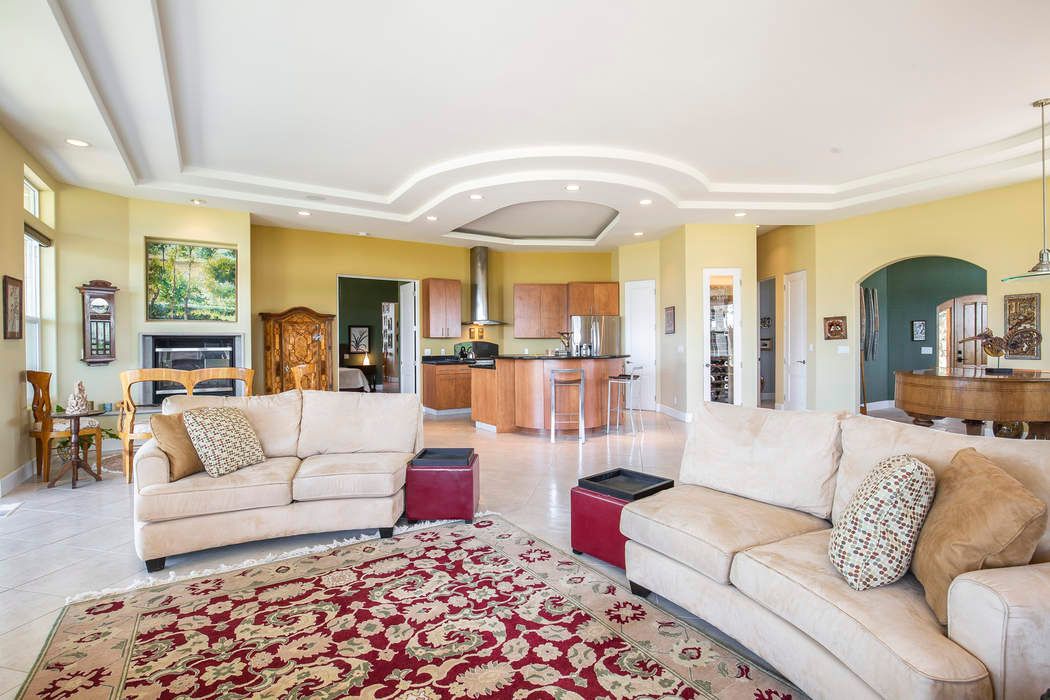 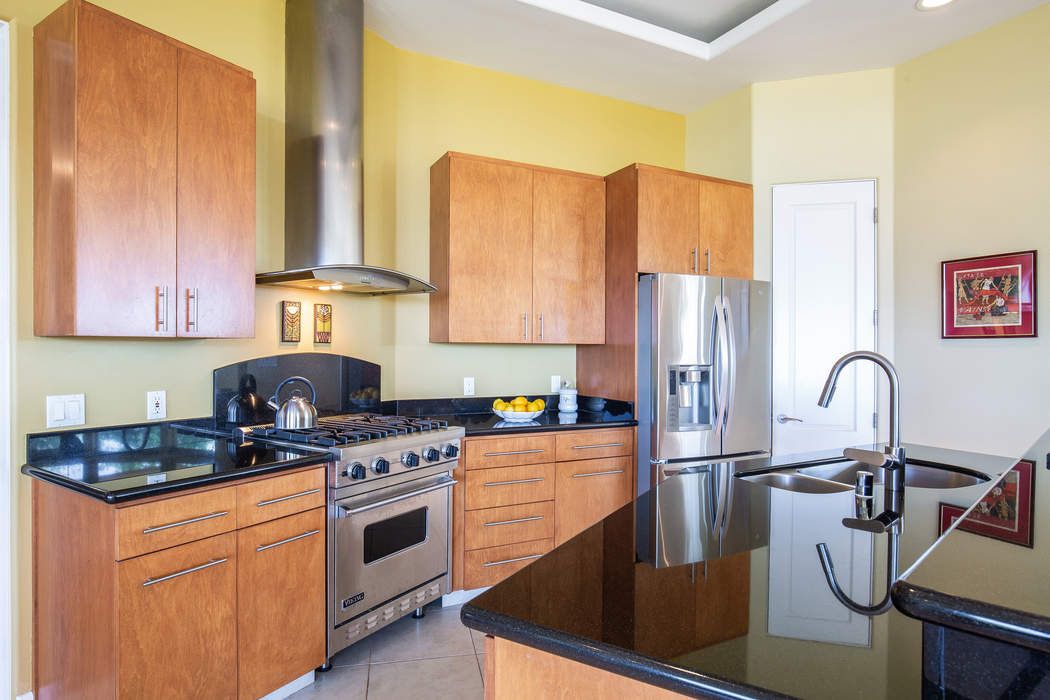 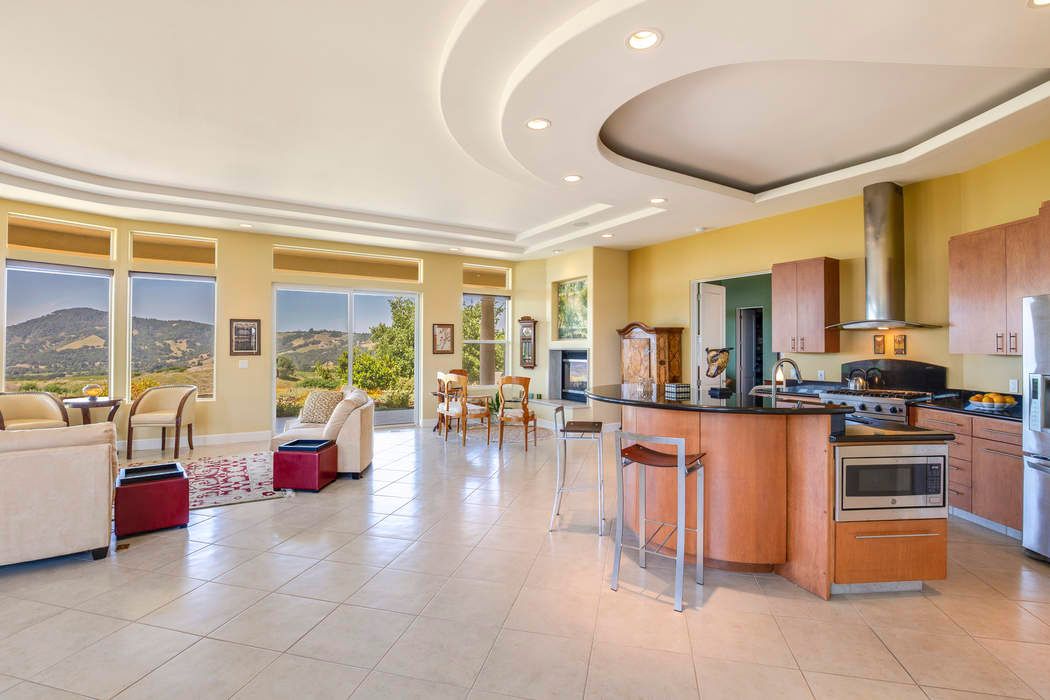 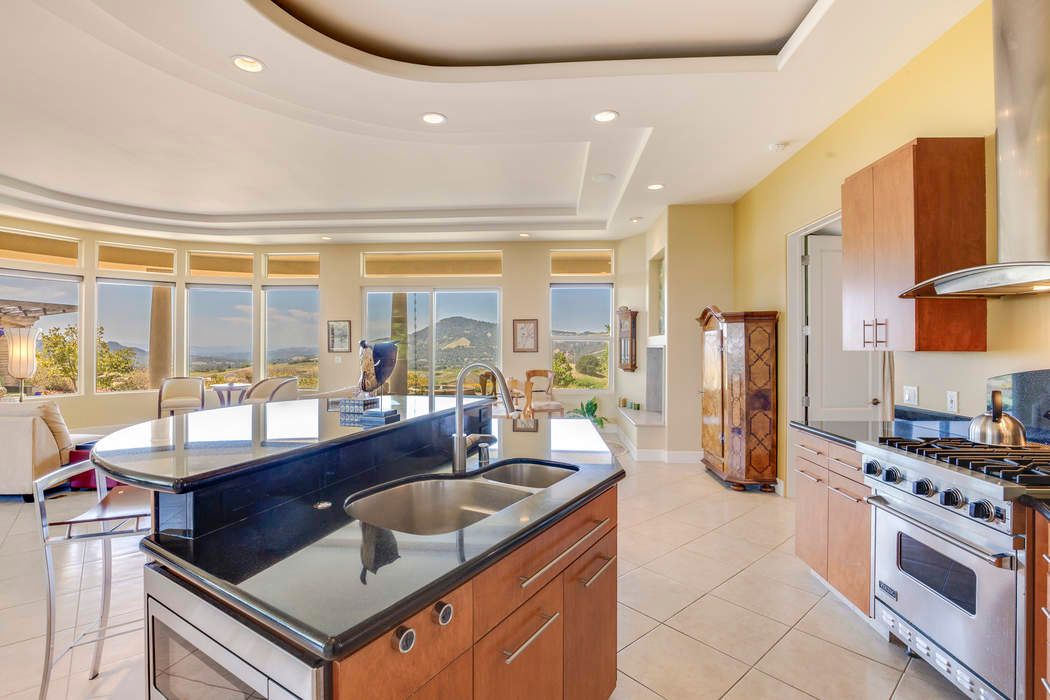